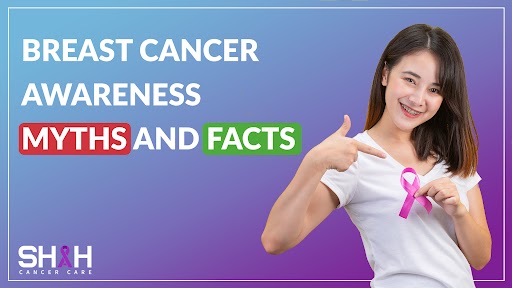 1. “I am already suffering from cancer; how will genetic counselling benefit me?”

2. “There are so many cancers in my family that it is not a matter of IF I will get cancer, but WHEN!”

These can help in lowering the risk or preventing cancer altogether.

3. “The breast cancer (and/or ovarian cancer) in my family is on my father’s side, so it does not matter!”

This is not true.

The following options may help reduce your risk of breast cancer for those at higher risk.

For women with BRCA1 or BRCA2 genetic mutations, which substantially increase the risk of breast cancer, preventive removal of the breasts may be considered. This procedure is called a Prophylactic Mastectomy. It appears to reduce the risk of developing breast cancer by at least 90% to 95%.

Women with these genetic mutations should also consider the preventive removal of the ovaries and fallopian tubes, called a prophylactic salpingo-oophorectomy. This procedure can reduce the risk of developing ovarian cancer, and possibly breast cancer, by stopping the ovaries from making estrogen.

It is also possible to remove just the fallopian tubes and preserve fertility, which

Women who have a higher than usual risk of developing breast cancer can consider talking with their doctor about drugs that may help prevent breast cancer. This approach is called “endocrine prevention” or “chemoprevention.” For breast cancer, this is the use of hormone-blocking drugs to reduce cancer risk.

A Risk factor is anything that increases a person’s chance of developing cancer. Although risk factors often influence the development of cancer, most do not directly cause cancer.

Most breast cancers are sporadic, meaning they develop from damage to a person’s genes that occurs by chance after they are born. There is no risk of the person passing this gene on to their children, as the underlying cause of sporadic breast cancer is environmental factors.

The Following Factors May Raise a Woman’s Risk of Developing Breast Cancer:

The risk of developing breast cancer increases as a woman grows older, with most cancers developing in women older than 50.

Woman who has had breast cancer in 1 breast has a higher risk of developing a new cancer in either breast.

Breast cancer may run in the family in any of these situations:

Women who began menstruating before ages 11 or 12 or went through menopause after age 55 have a somewhat higher risk of breast cancer. This is because their breast cells have been exposed to estrogen and progesterone for a longer time.

Estrogen and progesterone are hormones in women that control the development of secondary sex characteristics, such as breast development, and pregnancy. Longer exposure to these hormones increases breast cancer risk.

Women who had their first pregnancy after age 35 or who have never had a full-term pregnancy have a higher risk of breast cancer. Pregnancy may help protect against breast cancer because it pushes breast cells into their final phase of maturation.

Using hormone therapy with both estrogen and progestin after menopause, often called postmenopausal hormone therapy or hormone replacement therapy, within the past 5 years or for several years increases a woman’s risk of breast cancer.

However, women who have taken only estrogen, without previously receiving progestin, for up to 5 years (because they had their uterus removed for other reasons) appear to have a slightly lower risk of breast cancer.

Breast cancer is the most common cancer diagnosis in women, other than skin cancer, regardless of race. White women are more likely to develop breast cancer than Black women, but among women younger than 45, the disease is more common in Black women than in white women. Black women are also more likely to die from the disease. Reasons for survival differences may include differences in biology, other health conditions, and socioeconomic factors affecting access to, and use of, medical care.

Atypical Hyperplasia of the Breast:

This diagnosis increases the risk of developing breast cancer in the future. It is characterized by abnormal, but not cancerous, cells found in a biopsy of the breast.

LCIS refers to abnormal cells found in the lobules or glands of the breast. It is not considered cancer. However, LCIS in 1 breast increases the risk of developing invasive breast cancer in either breast in the future.

As with other types of cancer, studies continue to show that various lifestyle factors may contribute to the development of breast cancer.

Maintaining a healthy body weight may also protect against the cancer coming back after a breast cancer diagnosis.

More affluent women in all racial and ethnic groups have a higher risk of developing breast cancer than less affluent women in the same groups. These differences may be due to variations in diet, environmental exposures, and other risk factors.
Women living in poverty are more likely to be diagnosed at an advanced stage and are less likely to survive the disease than more affluent women. Access to health care and the availability of treatment play additional roles.

Radiation Exposure at a Young Age:

No comments to show.